Keenly priced, Mastervolt’s latest battery management systems are as compact as they are capable. 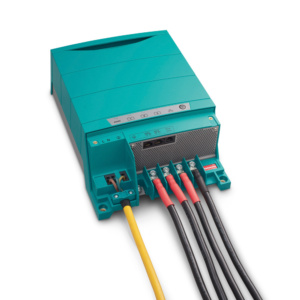 With the bottom cover removed, there is easy access to AC, DC and network connections.

ASG Mastervolt have just launched a new series of all-in-one smart charging systems. Four new models replace their previous series of smart chargers, namely: the 12/35-3, 12/50-3, 24/20-3 and 24/30-3. All have three outputs, capable of delivering maximum current for fast charging, and a pre-float charge on all outputs eliminates the risk of overcharging. Quieter, smaller and lighter than previous designs, these are easy to install in in limited space, and are capable as a plug-and-play stand-alone charger or as part of a larger system.

These new models integrate multiple functions into one single device. The chargers reduce the complexity and cost of multiple battery installations by incorporating all additional components – auxiliary chargers, battery isolators and voltage sensing relays – into one cabinet. The chargers also have built-in priority charge, which redirects available power to the battery with the least charge, and a revival mode to automatically revive batteries that are fully depleted.

All use Mastervolt’s automatic three-step charge algorithm and come with predefined charge profiles for all common battery types, including lithium ion, gel and AGM, as well as specific user-defined profiles. All models have a system protocol enabling them to communicate with displays, shunts and power systems. This includes CZone and NMEA 2000, negating the need for additional interfaces. The ChargeMaster Plus range has been designed to work with voltages anywhere in the world. In addition to handling all global voltages, it also resists large voltage spikes and high temperatures, which is useful in places where power supplies are erratic and unreliable.

This range is perfectly suited for drop-in replacement of any previous-generation ChargeMaster, so existing mounting positions can be reused. The cost for the ChargeMaster starts from £420 (exc. VAT). 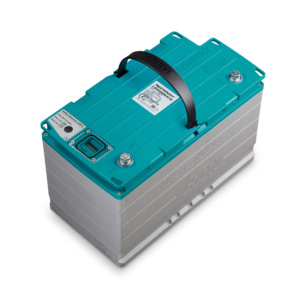 Lithium batteries are expensive, but their performance, lighter weight and versatility make them good long-term options, especially in boats.

Note: Mastervolt are now part of the Advanced Systems Group (ASG) by Brunswick.