Whether setting off across the ocean, or just exploring up the river, there’s a range of powerboats to suit everyone at this year’s Southampton International Boat Show.

Sunseeker will be displaying a range of models from 55 ft to 95ft, with the Predator 65 making her UK debut at the show, alongside the Manhattan 55, Manhattan 68, 65 Sport Yacht, Predator 74, 76 Yacht , 88 Yacht and 95 Yacht.  Princess Yachts has seven models on display from the magnificent Y72 to the elegant F45. Star of the line-up is the new F65, making her world premiere at the show.

While Fairline marks the launch of its exciting and innovative F//LINE 33 Outboard at Southampton, the company’s first outboard model in recent times, on show beside the Targa 45 OPEN, Targa 45 GT, Targa 50 GT, Squadron 50 and Squadron 68. 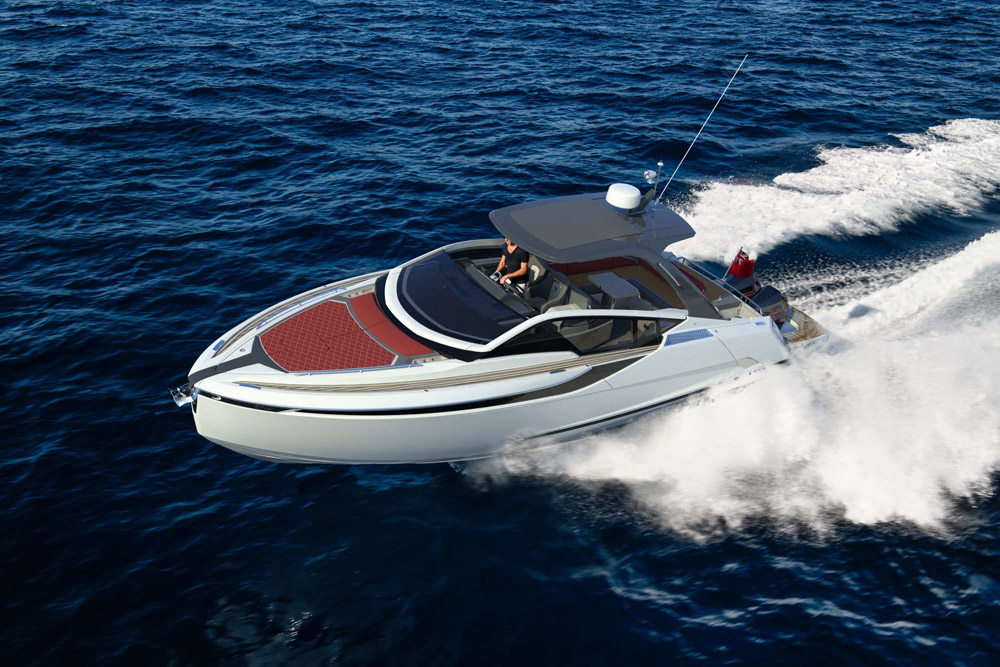 There’s such a range of craft on display, at one extreme the new Corby Yachts slim-line Corb Electric Slipper Yacht is just 22 foot long.   With twin 24v pod drives, this all-carbon fibre lightweight powerboat can squeeze in a crew of two, and glides along at 12 knots max, but can be dismantled for easy transport and storage into three handy-sized sections in under 90 seconds.  Whilst for those heading across the sea, the Archipelago 47, described as an “explorer’s catamaran”, will deliver distance with speed and performance, making it perfect for day sailing and cruising as well as trans-ocean adventures. 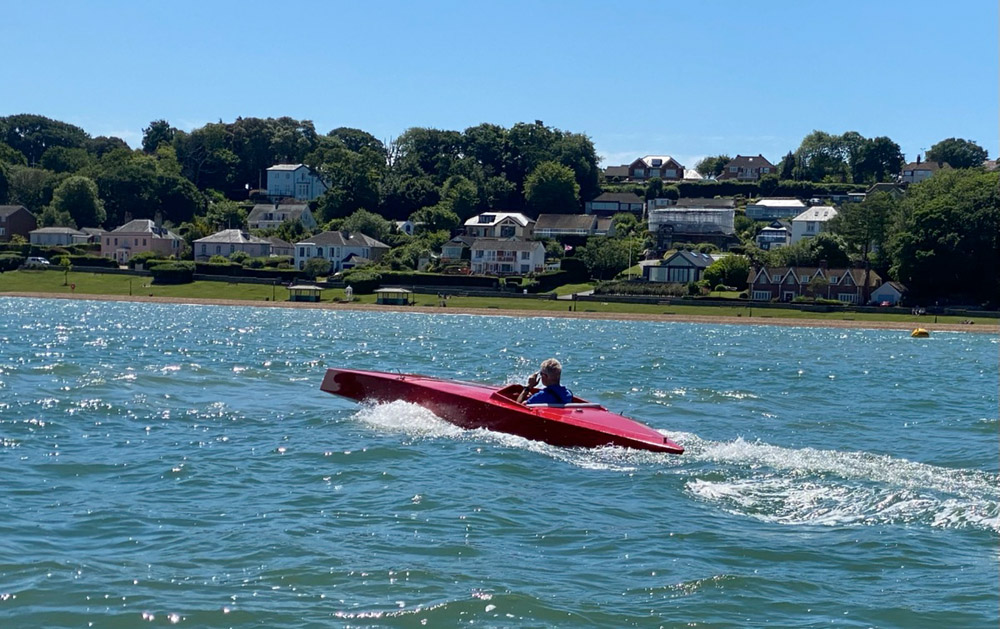 Val Wyatt Marine will be showing the UK debut of the Interboat Intender 950 alongside the smaller 820 model; the Southampton debut of the Corsiva 650, and UK designed and built Haines 32 Offshore and Haines 400. 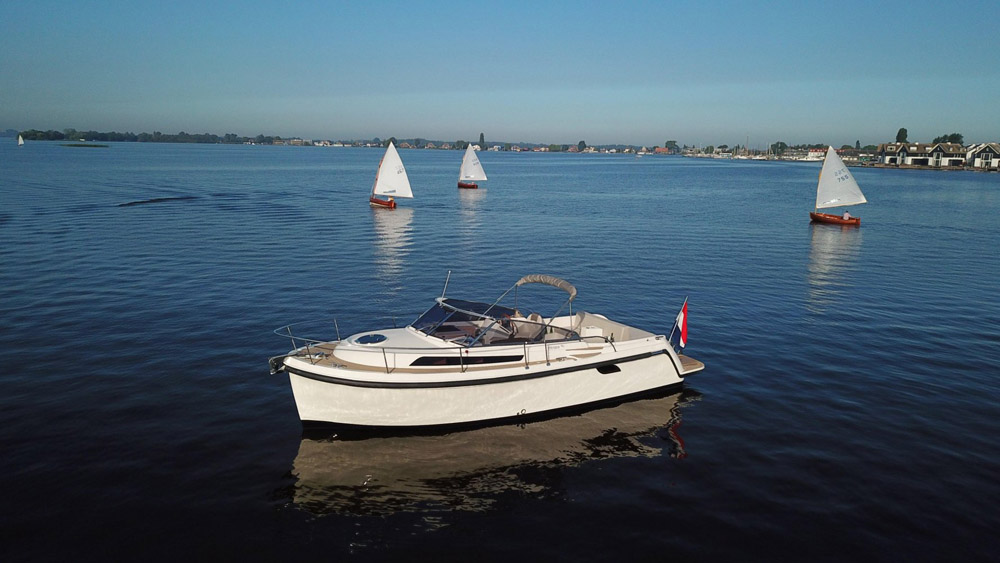 Another world debut comes from British yacht builders Cockwells launching the Duchy 35.   Combining the classic lines of the gentleman’s launch of generations past with modern styling and on-board luxury the Duchy range are equally at home on lakes, canals, or cruising the open sea.

The new Whisper 300 from Swallow Yachts will catch the eye of discerning buyers looking for a yacht which achieves higher sustainable levels through its design and build, is fuel-efficient with its twin 70HP outboards thoroughly sound-proofed for attaining speeds of up to 26 knots, whilst still delivering peaceful cruising on the water.

The Southampton International Boat Show offers the chance for visitors to see a full range of powerboats from all over the world, showcasing the variety on designs, performance and styling characteristics from international manufacturers, supported by expertise from UK-based dealers and representatives.

International debuts at the show include the first UK public viewing of the Nord Star 36+ Flybridge, and Nord Star 33+ Cruiser, alongside the Nord Star 28+ from Finland, alongside Finnish sports cruisers from Grandezza with the 28 OC, 34 OC and 37 CA and Finland’s Sargo 45, and the Nimbus T11 and Nimbus 405 Coupe from Sweden. The show also marks the UK premiere of Norway’s Cormate T28 and Cormate U23 Supermarine alongside Galeon’s 325 GTO, 400 FLY, 460, 500 and 640 FLY from Poland and the Fjord 44 Coupe from Germany, making its UK debut beside the larger Fjord 41 XL. While from Italy the San Lorenzo SX88 is also making its first UK showing alongside Dromeas Yachts from Turkey.

The Wolf Rock Company will be showcasing two new brands at the show, including The Smartwave range of low maintenance, small motor craft.  Made from LMDP (linear medium density polyethylene), the affordable boats are ideal for fishing.   Also on the Wolf Rock stand will be Idea Marine small centre console and walkaround Italian-built powerboats. 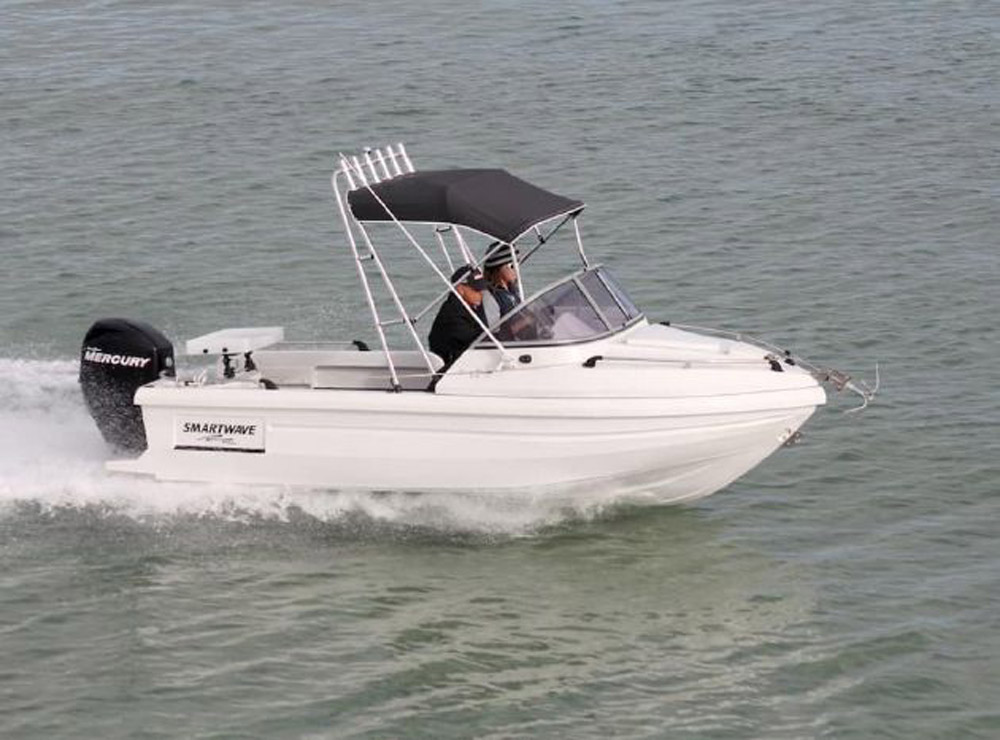 Other not to be missed international brands include the UK debut of Bavaria’s SR41 HT and R40 Coupe, the Prestige range with four models on show including the Prestige 420, 460, 520 and 590; Rodman’s ever-popular 1040, Muse 44 and Spirit 31 Outboard, the distinctive and award-winning range of Axopar yachts including the Axopar 22, the first showing in the UK of the Axopar 25, alongside the Axopar 28 and 37. 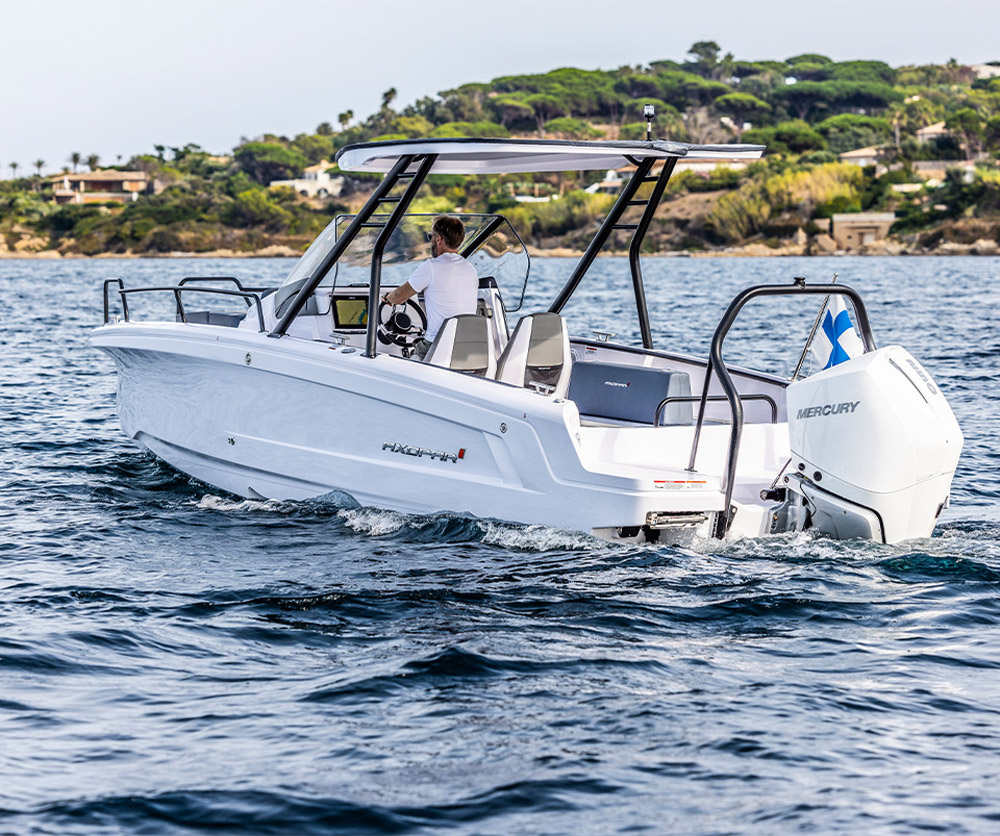 For those looking for their first foray into powerboating, Wills Marine has a range of great value, small and sporty, entry-level powerboats including the sub 5-metre-long Sting 485 and slightly bigger Sting 530.  Working up in size, there’s the 6m Nordkapp Avant 605, and the first UK showing of Nordkapp’s Enduro 805 day and overnight cruiser, spacious overnight cruiser Noblesse 720, and sturdy strong aluminium-hulled Avant 705 RS.

As well as brand new boats, there are also plenty of opportunities to choose from a whole range of pre-loved boats, check out the broker’s displays at the show for details or if looking to change to something new, then pop along to the We Buy Any Boat stand.

Visitors to the show can also consider give an existing yacht a total makeover with Setag, which offers specialist design and refits of Sunseeker, Princess and Fairline yachts.  From the unexpected to the unique, from silent electric-powered classics to deep-throttled beasts, sturdy seakeeping, mile-eating world explorers to Sunday fun-day ski boats, the range of power yachts at the Southampton International Boat Show certainly has something for everyone.

For full details of all power yachts at the show visit www.southamptonboatshow.com/boats/

Tickets for the Boat Show can be purchased online at www.southamptonboatshow.com/visitor-information/tickets/

Upgrade your visit with the new and exclusive Quayside Club VIP packages at https://www.southamptonboatshow.com/vip/

The show is open from 10am – 6pm daily except the final Sunday when the show will close at 5pm.

About the Southampton International Boat Show

From SUPs to superyachts and everything in between, the Southampton International Boat Show is an on-water event, one of the largest in Europe and the biggest and most popular of its type in the UK. Welcoming over 103,000 visitors, the event provides a showcase for everything the leisure marine industry has to offer and provides an exciting family day out with many chances to get afloat.

The Southampton International Boat Show (16-25 September 2022) is owned and operated by British Marine. British Marine is the trade association for the UK leisure, superyacht and small commercial marine industry. Through the provision of world-class events, specialist services and business support tools, we support over 1,500 members from both sea-going and inland sectors in achieving long-term sustainable growth and represent an industry which employs more than 38,700 people in the UK.

British Marine also owns and operates London Luxury Afloat (18-22 April 2023) and the British Marine National Conference.  For more information about the work of British Marine and how to join, please visit the website: www.britishmarine.co.uk, or follow British Marine on Twitter, LinkedIn and Facebook