Just as autonomous technology is making advances in commercial shipping, it appears that it will only be a matter of time before it becomes adopted by the recreational boating industry. 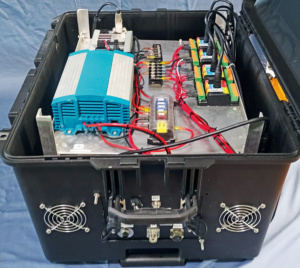 Powerboating is fun as long as the skipper is paying attention, but therein can lie a contradiction. Having fun with friends, sometimes mixed with alcohol, encourages relaxation, but also distraction and drowsiness, providing ingredients for accidents to happen. Sadly, accidents occur regularly with sometimes fatal results. We don’t want a policeman on board checking us all the time, telling us what to do, but there is now a machine able to warn us of impending danger and suggest a safe avoiding action. It is automatic and works 24/7 as an intelligent autopilot. Aware of the real and potential hazards in the area, it evaluates developing situations with up to the ten most urgent dangers.

The example described here is the Robosys Voyager 100 system, which works for vessels of all sizes, but to ensure that it works at its optimum, it’s a technology that must be commissioned for each vessel. Size, turning circle, manoeuvrability, etc. are used to ‘tune’ the system to react properly to a potentially hazardous situation. The system doesn’t just avoid surface obstacles, as by using electronic charts it can produce safe routes avoiding shallows, rocks and sandbars. Prohibited and other areas to be avoided can also be added to the system.

The simplest version of the Voyager 100 is called Smart Assist, and it does just that, i.e. it warns and assists but leaves the manoeuvring of the vessel up to the skipper. A more complete version is the Smart Pilot product, which includes Assist and connects to the steering and propulsion controls to drive the vessel if the skipper doesn’t take command. Robosys are one of the first companies in this business and began in 2001, when they originally produced fully unmanned navigation systems for defence and surveillance applications. 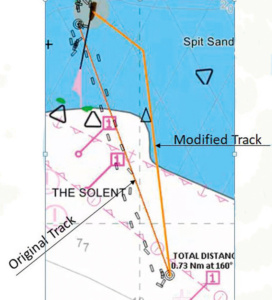 The Voyager 100 isn’t just for new builds – it can be fitted to existing vessels using, where compatible, already fitted sensor equipment, including radar, echo sounder, AIS receiver, ECDIS chart display and autopilot. Modern on-board electronics use the same NMEA 2000 standard as Robosys. This makes the connectivity much simpler. In the case of older vessels, incompatible equipment can be substituted with appropriate new replacements. Robosys offer a ‘stepping stone’ approach to this modern technology whereby you can start with the simpler Smart Assist package and at a later stage upgrade to Smart Pilot by adding connections to the steering and propulsion control systems. All propulsion systems are catered for – inboard, outboard, stern and surface drives and Volvo Penta IPS in single to quad arrangements, with or without bow or stern thrusters.

The Voyager 100 system runs on a dedicated PC, which, together with the other items of equipment, is usually built into the bridge area. Alternatively it can be supplied in a separate self-contained pelican case.

Using the on-board sensors, radar, e-chart and AIS, the Voyager system lists vessels of interest in a priority table. The table prioritises the vessels according to their (collision) threat urgency. As the threat level increases, their position in the table moves higher. When an avoidance manoeuvre is required, an alarm is given, together with a suggested collision-free route.

An Intentions Box at the top of the e-chart display shows the intended collision-free route, course and speed; local information, including other vessels, is also displayed on the e-chart. Depending on the set-up, this avoiding action can be taken automatically.

In Smart Pilot mode, the Voyager system will execute the actions prescribed above by controlling the autopilot and propulsion system.

All Voyager manoeuvres are compliant with the COLREGs. In the event of a third-party illegal move or non-move, Voyager will take the initiative and avoid a collision.