In today’s world there are very few places that remain remote and largely unvisited. Antarctica is one of those places, and Paul Glatzel reports on some of the amazing opportunities available to mariners who venture so far south. 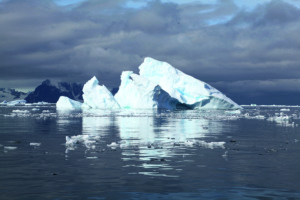 It is an extraordinary place and some of the statistics about Antarctica are truly breathtaking.

Antarctica is that bit at the bottom of the world that very few of us ever look at on a map and even fewer know anything about. Yet it is an extraordinary place and some of the statistics about Antarctica are truly breathtaking. It covers roughly 5.4 million sq. miles, and the ice, on average, is 1.2 miles thick, yet at the same time much of it is technically a dessert, with precipitation of less than 200mm per year. Antarctica is protected from the rest of the world by one of the most inhospitable of seas – the Southern Ocean. And yet while there are no permanent (human) residents there, there are a few thousand people working at the various research stations dotted around the edges of the continent. Antarctica is, of course, famous for its wildlife – including its penguins, seals and whales – and expeditions that have become the stuff of legend, such as those by Shackleton. It is a truly wondrous and inspirational place.

Those people that do get to spend time at Antarctica are either cruise ship tourists, who get to go afloat and ashore for very short periods of time in the generically named ‘Zodiacs’, or those lucky enough to work at one of the research bases run by a host of countries including the British, Norwegians, Americans, Russians, Chileans and many more. While some research functions are largely symbolic, the British Antarctic Survey’s commitment to the region is anything but, and comprises three bases (Rothera, Halley and King Edward Point [KEP]), two ships and a significant support operation run from HQ in Cambridge. While Halley is landlocked (‘ice-locked’ may be a more apt description), Rothera and KEP rely heavily on boats to support the bases’ science, diving and research activities. At KEP, the British Antarctic Survey (BAS) have two 10m jet RIBs and two 6m Humbers, while at Rothera the BAS run three 6m Humbers with twin 40hp Evinrudes, a 4m tiller-controlled Humber, again with a 40hp Evinrude, and a 20ft Sea Rover dory-type vessel with a 90hp Mercury. Looking after these craft and making sure that the scientists, divers and researchers get to the places they need to safely are what the BAS term their ‘boating officers’. During the Antarctic summer at Rothera there are two boating officers to look after the boats and ensure that those scientists and divers trained to helm the RIBs do so safely and fully understand the operating limits of the craft. Weather patterns can change dramatically and unpredictably in the area, with clear skies and flat waters becoming rough seas and extremely poor visibility in minutes, so having clearly mapped operating areas and well-understood methods of working are key to safety.

When boating in the UK we tend to forget what an amazing resource we have in the RNLI and the coastguard, and except in exceptional circumstances, if you issue a distress call you can be assured of being rescued quickly. In Antarctica it’s very different, and the boating officers and their boats are the only search and rescue cover. At Rothera there’s an extremely busy gravel runway with the BAS’s four planes and aircraft from numerous other countries coming and going. At either end of the runway are the sea and numerous large icebergs, so the RIBs will often be launched to take station in case of an emergency.

Diving to examine the seabed and take samples requires a certain type of diver, and the BAS boats act as top cover with comms always open to the divers while the helmsman keeps a lookout for leopard seals, which would mean the diver needing to abort their dive. Expeditions to look at rock formations or assess the degradation in a glacier all occur by boat, so being able to navigate these challenging waters is a key skill to master. In the Antarctic winter (our summer) at Rothera boating is impossible as the sea freezes over, so all of the boating occurs during the summer. The Humber RIBs are standard build and their only concession to driving in ice is a keel guard fitted to the hull. Predictably there are various different types of ice, and how you helm a craft through the ice depends on what you are driving through. Where there is relatively little ice, the technique is to either proceed at displacement speed or to get the Humber up on the plane and steer a path through the inevitable chunks of ice that float around. Avoiding hitting these is key, but if you do hit ice the impact will vary according to whether you bump into ice that is formed from a compacted glacier – ‘glacial ice’ – or ‘sea ice’, i.e. from the remnants of the frozen sea. Glacial ice is far harder and may damage the RIB whereas sea ice is less likely to. On the positive side, though, glacial ice is formed from fresh water, so it is great in a gin and tonic! Brash ice is where there are lots of these chunks of ice and there is no choice but to slow down to dead slow, engage the bow with a gap in the ice and then start to push a path through it. If ice becomes too compacted, a new route may be needed. The deep-V hulls on the Humbers act as great ice breakers in contrast to the Sea Rover, which due to its flatter hull tends to ride up and onto the ice, with the ice then going through the propeller, damaging it.

Over the years the background of those applying to be considered as boating officers has evolved from them being experienced but often unqualified boaters to nowadays invariably already being RYA powerboat instructors with a broad range of experience. Those that apply go through an interview process in Cambridge before being sent to Poole for an assessment of their boating skills. A written report is produced and assessed alongside the formal interviews before the offers are made.

If you have aspirations to spend time boating in Antarctica, this is a very real prospect if you are prepared to invest the time and effort needed to build a range of experience and qualifications to make you attractive to the BAS. If you are an experienced powerboat instructor, you will probably have a suitable level of boating competence, so you can enhance your skill set by ensuring that you have a better than normal appreciation of engines, can undertake basic tube repair, and spend time learning everything that you possibly can about a career in Antarctica.