Ports of Call: A Haven Found

A recent visit to Plymouth Yacht Haven aboard PBR’s MY Horizon revealed a fresh discovery for HMS, despite him being a West Country boy through and through … 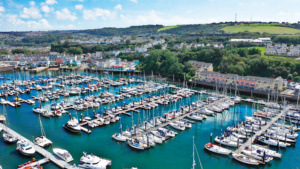 I like to think I know the West Country well. I was born and bred down in these parts and therefore am familiar with most of its nooks, crannies and hidden places. Nevertheless, there is at least one place that’s escaped my attention, despite the fact it’s been right here, ‘under my bows’, all this time.

Of course, you will all have heard of Plymouth Sound, its famous ‘Hoe’ and perhaps the likes of Drake’s Island and the Barbican, but how many of you have heard of Turnchapel? Few, I suspect. Though the name was familiar to me, I confess, I too was largely ignorant of the place itself. That was until this summer past when we stopped with our friends at Plymouth Yacht Haven for a few days on the banks of Plymouth’s Cattewater and happened to venture upon a particularly colourful little part of the built-up shore just north of the marina – a village within a village, if you will, but with no distinct boundaries or observable borders, yet nonetheless manifestly existing there all the same and possessing something of a Cornish fishing hamlet appearance about it. It was as if by accident that we had strayed upon an intriguing archaeological site, half-hidden and at first not altogether discernible among its surroundings. This, then, was Turnchapel, one of Plymouth Yacht Haven’s closest neighbours and, by all accounts, a place steeped in history. 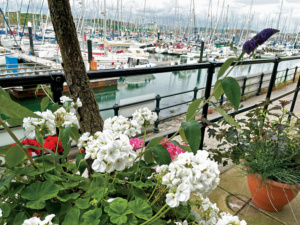 Local knowledge reveals that the Baron of Boringdon, John Parker, also known as the 1st Earl of Morley, established Turnchapel Wharves as a highly respected shipyard during the 17th century, with the yard being used to repair the king’s ships. Parker and his son were influential in shaping many aspects of eastern Plymouth, being the driving force behind the iron bridge between Laira and Pomphlett, as well as creating the several wet and dry docks around Turnchapel Bay.

As we were to discover, the Parker name lives on to this day, with several pubs being named after the Parker family. The family coat of arms, too, appears in various locations across the city, and even the chief road through Turnchapel village is named ‘Boringdon’. Some of the largest sailing vessels ever commissioned by the Royal Navy were built in Turnchapel and launched from the Cattewater’s then largely undeveloped, natural shoreline into the protected waters of the River Plym. Mighty whaling ships from foreign ports would sail here too for their refits. Indeed, as early as the late 1700s and early 1800s, Turnchapel’s yards had earned a fine reputation for their shipwrighting abilities, and the boatbuilding trade established here was significant. One can only imagine the community that once thrived here. Like so many similar communities of the time, it would have been a hive of activity, a place whose very essence and existence was fed and watered by the tide. 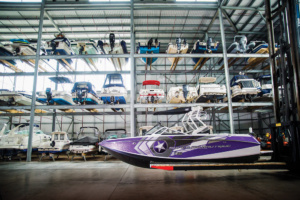 With the Turnchapel station being opened in the late 1800s, the wharf became an attractive location for the Admiralty and the Royal Navy, who acquired the site in 1903 along with a parcel of land in the disused Hooe Lake Quarry. Used as a naval oil depot during the Second World War, Turnchapel was not immune to the Luftwaffe’s ferocious bombing of Plymouth, and as a consequence, in 1940, the wharf was badly damaged, and the adjacent train station was also destroyed. Nevertheless, as can still be witnessed by means of the nearby slipway, troops from the US 29th Division used the wharf to board their tank-landing ships ahead of the Normandy landings in 1944.

The Royal Marines made RM Turnchapel their base in 1993 upon the 539 Royal Assault Squadron being based at the site. The squadron remain part of 3 Commando Brigade and are specially trained to use landing craft and undertake amphibious assault missions. In fact, the squadron are named after the 539 Assault Flotilla, which played a key role in the D-Day landings in 1944, specifically on Gold Beach in Normandy. Nevertheless, in 2013, the Ministry of Defence decided that RM Turnchapel was surplus to requirements and the squadron relocated to the city’s main naval base in Devonport. 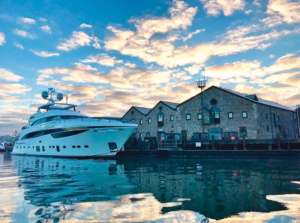 RM Turnchapel was purchased by Yacht Havens Group in March 2014 – one of the UK’s leading marina owners, developers and operators, who already owned the adjacent Plymouth Yacht Haven and dry stack marina Yacht Haven Quay. The site was renamed ‘Turnchapel Wharf’ and the company set about redeveloping the naval buildings into modern facilities for maritime businesses as well as a range of state-of-the-art autonomous vessel projects.

Within a few years, the site had been transformed, with state-of-the-art facilities for a wide range of local, national and global marine businesses, including Princess Motor Yachts. The old ammunition stores were refurbished into offices and the site’s hangars repurposed into workshops for pioneering marine autonomy. In 2017, The Guard Room café was built and opened to cater for the growing number of businesses using Turnchapel Wharf, as well as providing a waterfront eatery for the local community.

Yacht Havens Group purchased Clovelly Bay Marina in 1995, and then, after an ambitious redevelopment project, reopened as Plymouth Yacht Haven in 1998 with all the marina facilities we see today. It’s an impressive modern facility by anyone’s standard, with a total of some 450 berths suitable for all manner of powered and sailing craft. In speaking to some of the berth holders upon the occasion of our visit aboard PBR’s MY Horizon, they spoke of the marina possessing a strong community atmosphere, quite different in feel and nature to those equivalent facilities found, for example, in and around the Solent. But then again, Plymouth as a sailing and boating hub is quite unique in terms of Britain’s south coast. There is a more relaxed, a more ‘regional’ feel about the place, and besides the location and its wonderful coastline benefiting from some of the finest cruising grounds in the UK, perhaps its history and past glories are what contribute so greatly to making this lesser-known corner of Plymouth’s maritime offering so very special. 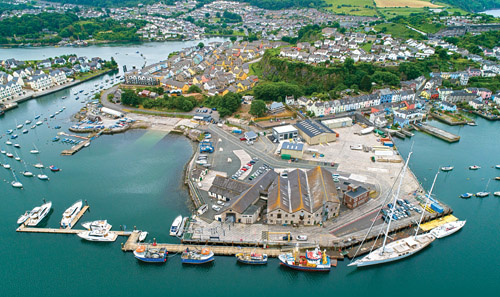