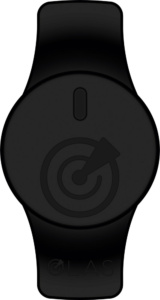 These rechargeable tags trigger the system.

The OLAS N2K is a compact yet powerful on-board wireless tracking system providing fast MOB alerts. NMEA 2000-compatible, it connects via Bluetooth to wrist-worn tags or OLAS floating strobe lights. The hub of the system is the N2K core unit, which connects via NMEA to the chartplotter. If a person is separated from the boat by falling overboard, the N2K triggers an alarm, and if connected it can sound an alert via speakers as well as flashing lights.

With an integrated wireless kill switch function, it can stop the vessel’s engine. This is ideal for use with outboard and inboard petrol engines whose electronic ignition systems enable integration into the existing kill switch. It is suitable for vessels up to 100ft, with a maximum of 15 crew.

The OLAS T2 is a rechargeable, waterproof and compact transmitter tag. It can be tracked by any OLAS receiver device, such as the new N2K, or the existing Core and Guardian units. This device is supplied with a silicone wrist strap, safety-break neck lanyard, pendant holder and belt clip. It has integrated vibration and light indication to ensure visibility of the tag status when in operation, and can be used to stop and lock your engines when used with OLAS Smart Lock. Smart Lock is a secondary key system for outboard engines that prevents the engine being started. Any OLAS Tag or Float-On light can be allocated as a Smart Key, which is used to stop the engine and activate the lock when leaving the vessel. OLAS Smart Key restricts use to the device holder, or those with the access pin code. As you arrive at the boat, the N2K will automatically recognise the Smart Key device and unlock, ready for use. 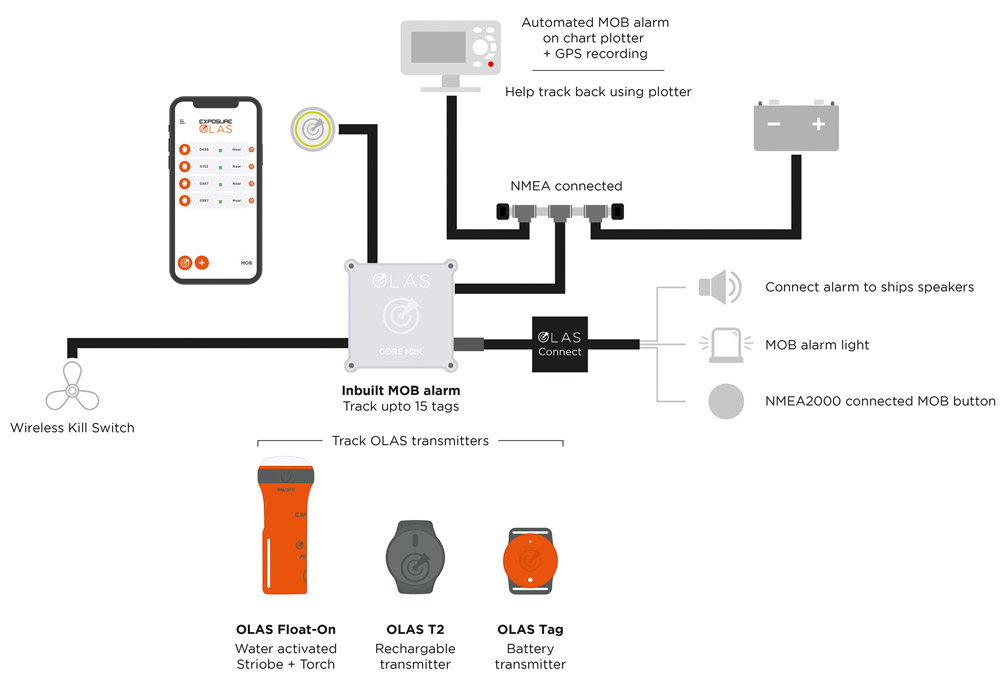 Compact and easy to integrate, app control and monitoring makes it easy to use.

There is also an OLAS mobile app that enables the system to be unlocked using a custom access pin code. This provides the facility to start the engine and subsequently monitor the system if you do not have the tag to hand that has been designated as the Smart Key. However, the app has many other more significant facilities, e.g. it can monitor all designated transmitters, and names can be given to each one. The system can be paused if certain crewmembers leave the boat, and the battery status of each rechargeable tag can be monitored through the app – an important feature for a device that probably does not get used often. Reaction time can be adjusted for the engine cut-off, so that the alarm can precede it sufficiently for the helmsman to react to the MOB quickly, and then cancel cut-off – crucial in rough weather. There is a ‘crew overboard’ quick guide that can guide you through the MOB procedure, particularly if your system is not connected to a plotter for automatic MOB alert, or if you forget to send a VHF DSC MOB alert – a clever feature designed for when boating on your own in Solo mode. Providing you are within 2G range or offshore Wi-Fi, Solo mode will send an automatic text message to a predefined contact number, with your location and the time of the incident.